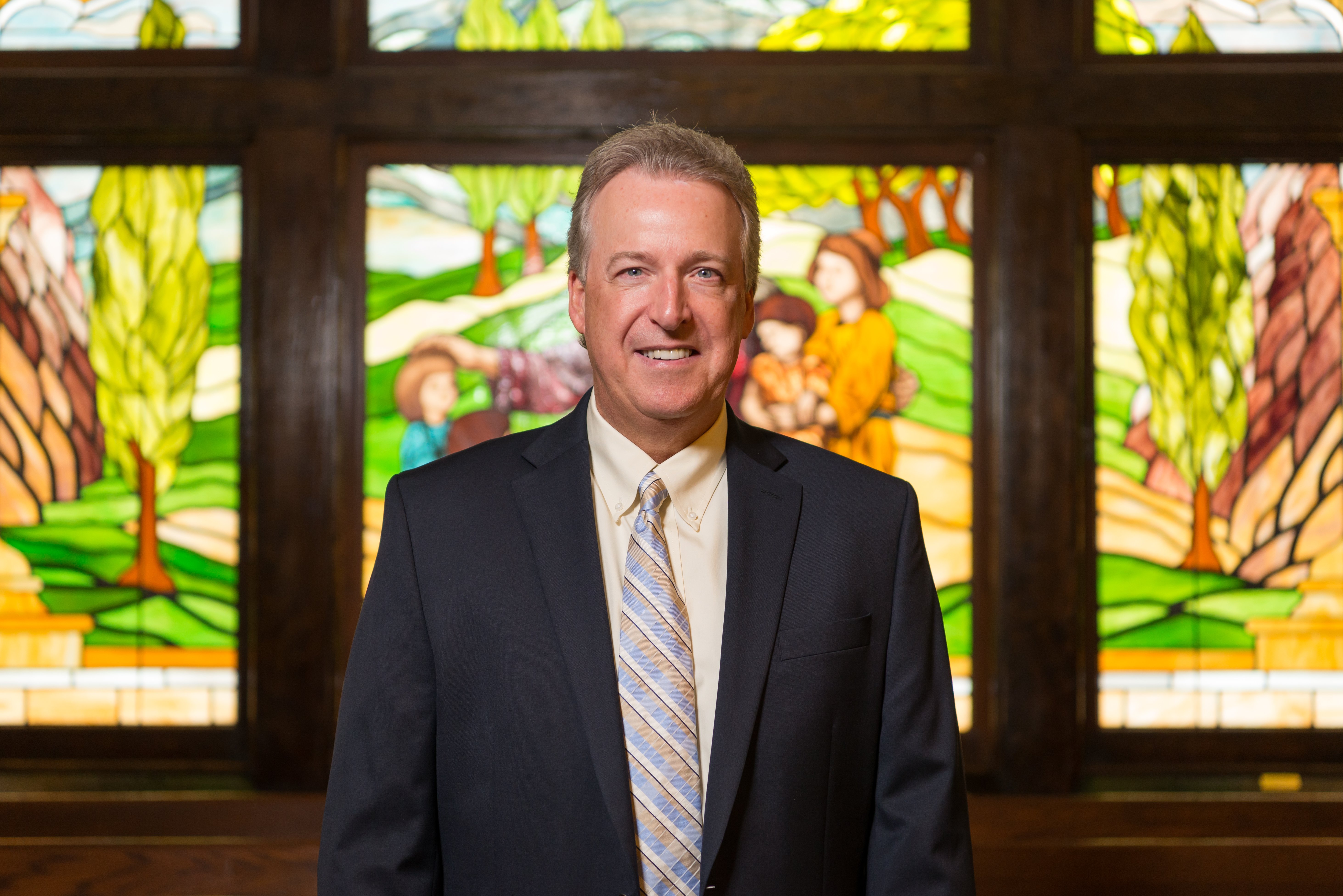 Dr. Rhett G. Payne, III, a native of Jackson, AL, did his undergraduate work at Oral Roberts University. Rhett received a Bachelor of Arts degree in English Bible from Oral Roberts University in 1977. From there, he received two masters’ degrees from Covenant Theological Seminary, St. Louis, MO – a Master of Arts in Biblical Studies in 1981 and a Master of Divinity in 1985. Finally, Rhett received the Doctor of Ministry degree from Reformed Theological Seminary in Orlando, FL, in 1995. Rhett began in student ministry, serving four different churches over eleven years. The last of the four was the Central Presbyterian Church of St. Louis, MO. He even co-founded EPC youth ministry (now “Student Ministries”) in the late ‘80s. Rhett began his pastoral ministry as a church planter in Marshall, TX, serving as the founding pastor of EPC of Marshall, from 1985 until 1991. In 1991, he moved to Dallas, TX, to take over a “stalled” church plant, which at the time was called “Grace Church.” Rhett served as the reorganizing pastor of Grace Church, which later changed its name to CrossPointe Community Church, from 1991 until 2002. In the summer of 2002, Rhett became the pastor of the First Presbyterian Church of Meridian, MS, where he has served ever since. Rhett has served in the Presbytery of the Central South his entire pastoral ministry. He has chaired both the Nominating Committee and the New Church Development Committee. And in 2006, he served as the Moderator of the Central South Presbytery. Rhett and his wife, Donna, have been married for 40 years. They have three adult children and four grandchildren. 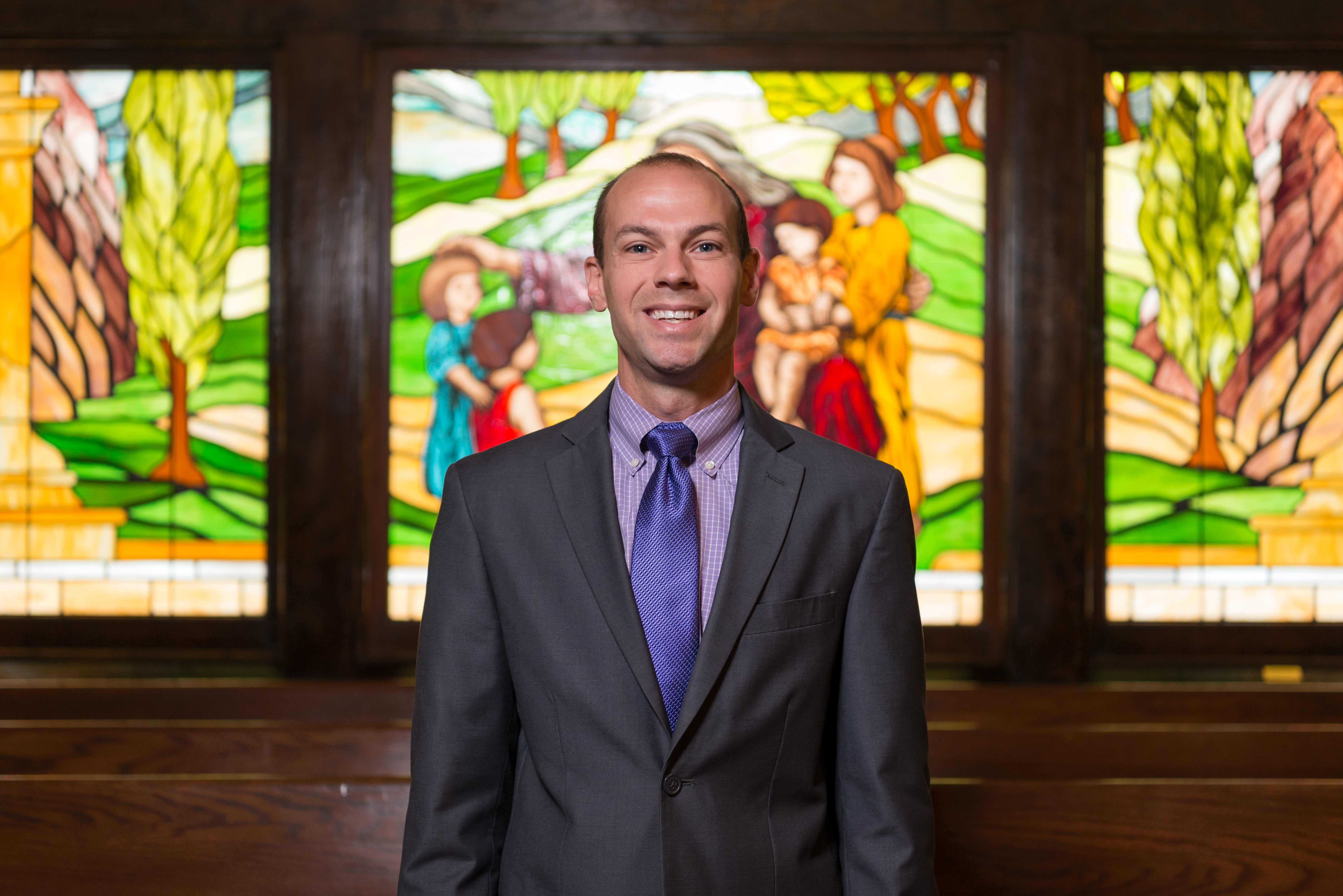 Bo is an outgoing Associate Pastor who serves the Church by collaborating and contributing pastoral leadership to our many ministries and events. Before joining FPC in 2015, he served as the Director of Middle School Ministries for seven years at the Chesterfield Presbyterian Church in St. Louis, MO. Bo moved to St. Louis to attend Covenant Theological Seminary, where he studied from 2007-2010, completing his Master of Divinity Degree. Bo and his wife, Lindsay, met in college at LSU and graduated in 2006. Bo grew up on a 1,200-acre rice farm in Welsh, LA where he loved to duck hunt, ride four-wheelers, and participate in school sports. Today, Bo enjoys watercolor painting, playing golf, and saying Geaux Tigers.

Bo’s wonderful wife Lindsay is from Lafayette, Louisiana. She also graduated from LSU and Covenant Seminary. She received her Masters in Arts and Counseling at Covenant and has served as an LPC since 2009. When she’s not raising their two beautiful girls, Cora and Carolyn, she serves as one of the Church’s counselors. Lindsay’s office hours are Tuesdays and Saturdays at FPC. (Psychology Today) 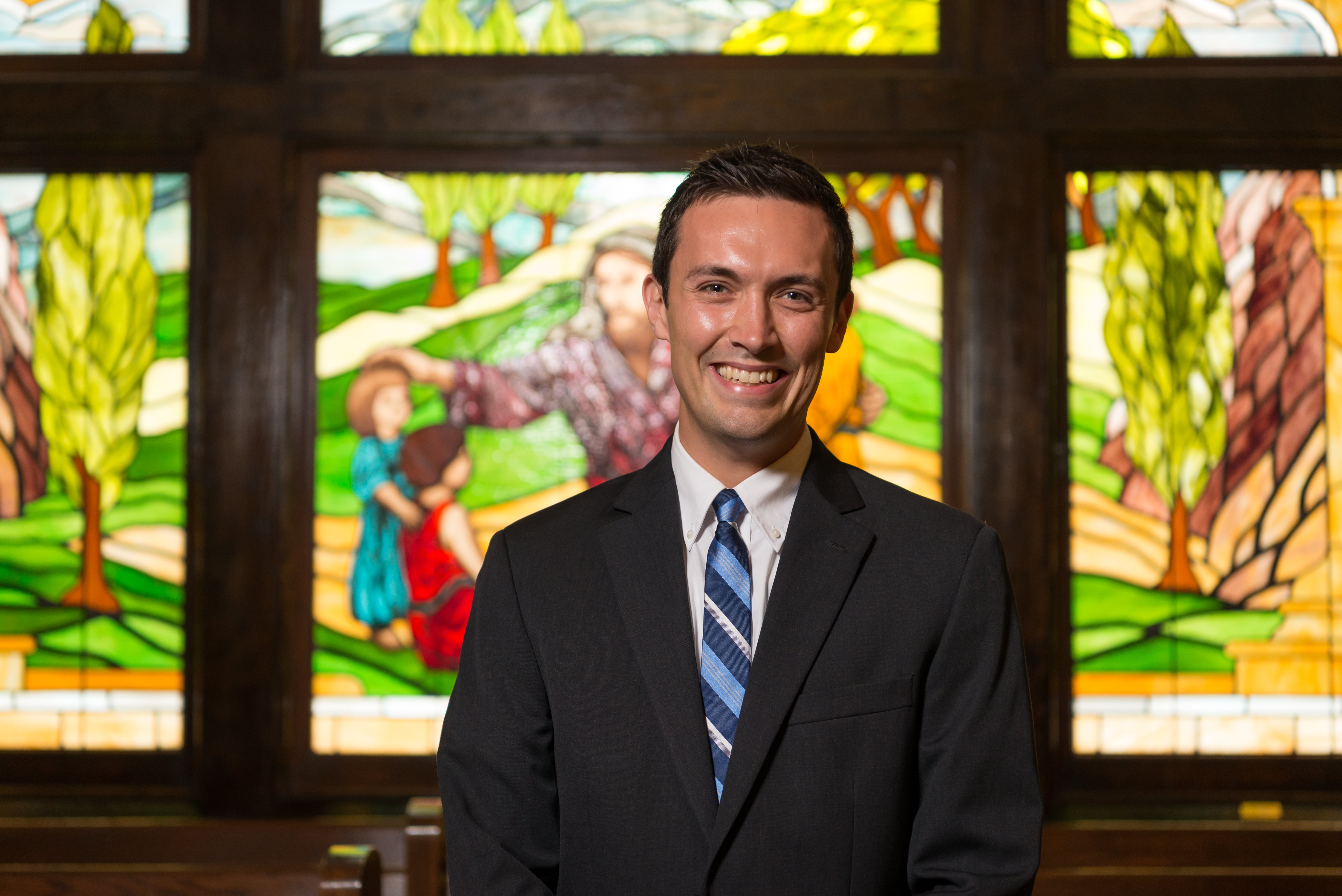 Chip Cowsert is a native Virginian who grew up playing soccer, basketball, and loving the Washington Redskins. He began following Jesus late in college through the influence of a rugby teammate at Virginia Tech.  After graduating in 2009, he joined the staff team of Campus Outreach Lynchburg, the college ministry of Rivermont EPC in Virginia.  Chip spent seven years investing in staff and students at Virginia Tech, Radford University, and Lynchburg college.

Chip is passionate about teaching the Scriptures and developing young people.  Chip married his wife Katie in 2012 and they now have a daughter, Lottie, and a son, Charlie.  Chip enjoys running, reading, playing with his kids, breakfast food, being a weekend warrior, and watching intense crime shows with Katie. 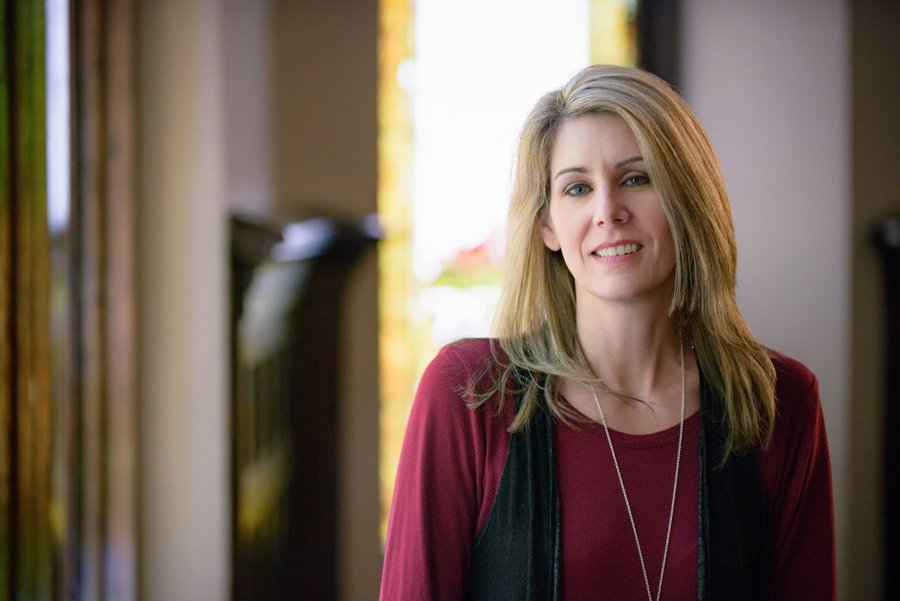 Karen graduated from Meridian Community College in 1997 with an associate degree in Graphic Communication and worked in the graphic design field for 11 years. In 2008, she became Director of Children’s Ministry here at First Presbyterian, and in 2013 her responsibilities were extended to include being the Administrative Assistant as well. She loves planning activities for the children and watching them grow in their relationship with Christ.  Karen’s favorite thing to do is spend time with her husband, Michael, and their two daughters. 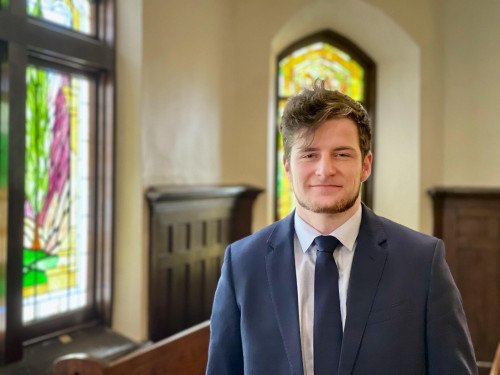 Caleb Wilcke is from Hernando, MS, and the son of Rev. Clint Wilcke. Caleb’s undergraduate is from Memphis Center for Urban Theological Studies, accredited by Lancaster Bible College. In 2019 he graduated with his Bachelor of Arts in Biblical Studies. Currently, Caleb has enrolled at Reformed Theological Seminary in Jackson, MS. He has worked as a youth staff member since 2017. Caleb has worked at First Presbyterian Hattiesburg, Christ Pres Olive Branch, and Madison Heights Church. Caleb married Molly Hertel, a long-time member of First Pres Meridian, in February of 2020, and they have been doing youth ministry together ever since.

Molly is a native to Meridian who grew up enjoying farm life with her four brothers and attending First Presbyterian. After graduating from Belhaven University with a bachelor’s in Social Work, she began working at a local church doing full-time youth ministry. Since high school, Molly has interned at multiple churches and has a passion for middle school ministry. She loves building relationships with high school and middle school girls and watching their love for Christ grow as He works in their lives.
Molly is married to Caleb Wilcke and is pumped about pursuing youth ministry alongside him! She also enjoys painting and drawing, renovating their home, and playing with Tank and Sage, their two dogs. 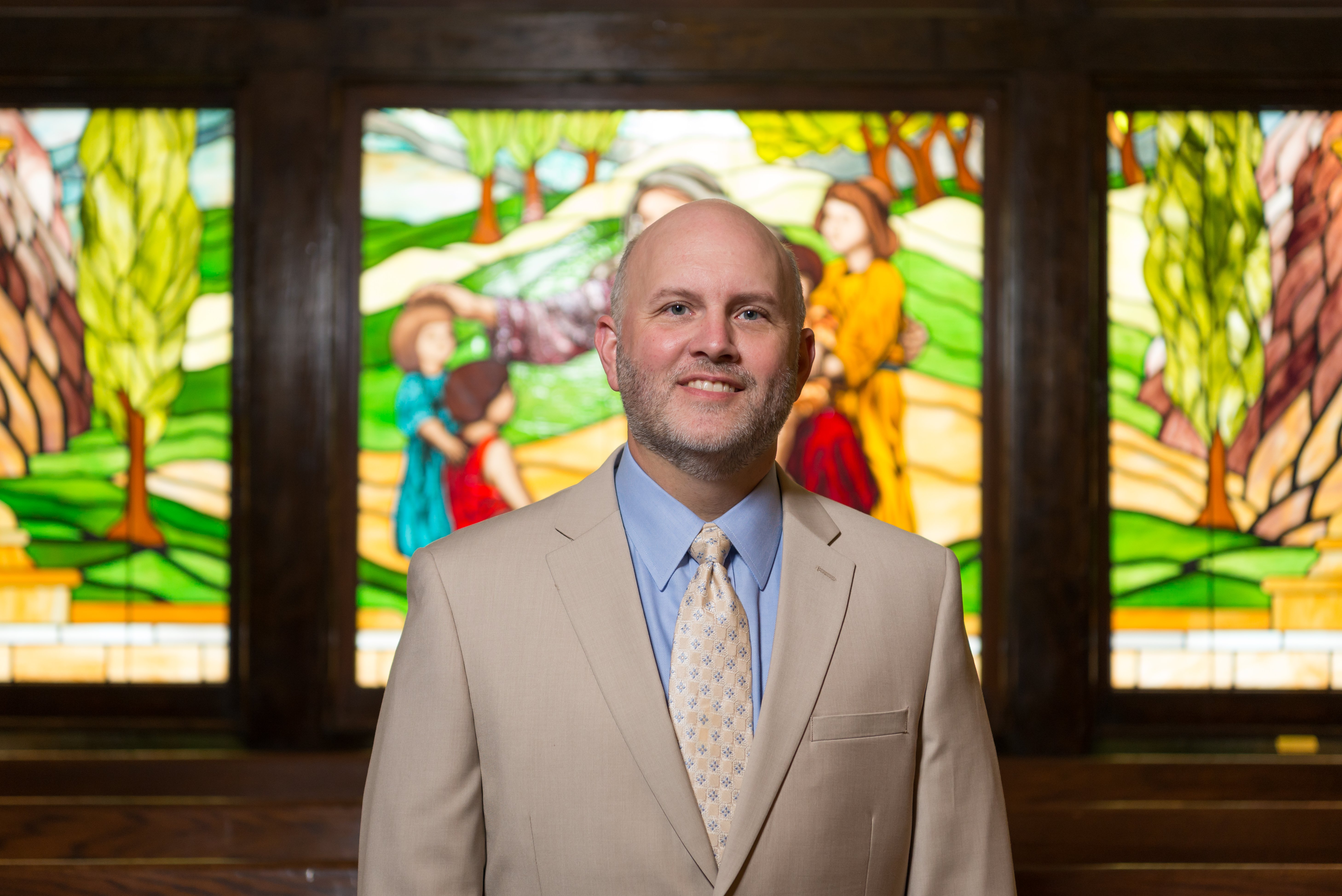 Come Visit us This Weekend
Go to Top